Written by
rando1201
Posted in
History
Comments
Leave a comment

The Pembrokeshire Corgi was officially recognized by the Kennel Club (United Kingdom, not AKC!) in 1934. At this time he was given recognition as a breed separate and apart from his cousin, the Cardiganshire Corgi. Clifford Hubbard, who was known as the foremost authority on Welsh dogs, noted that the Corgi most certainly dated back to the early twelfth century and probably to the reign of Hywel Dda, King of Wales, in the early tenth century. The Pembroke Corgi is a breed of the Spitz group – that Nordic group of dogs which is so easily recognized by a sharp-pointed muzzle and foxy face, erect and pointed ears, and a high set and gaily carried tail. Near relatives include the Swedish Vallhund (Vastergotland Spitz), the Norwegian Buhund, the old type Pomeranian and the Schipperke. Iris Combe, in her recent book on the origins of herding breeds also feels that the Corgi has a strong relationship to the Norwegian Lundehund – a puffin hunting dog of Norway. More about this connection later.

The Romans were the first to classify dogs, which they arranged into three groups according to the purpose for which they were used:

Class 1: Canis villatica or house dog. This category probably included all types used for human protection and the destruction of vermin around the villa.
Class 2: Canis pastoralis or shepherd’s dog
Class 3: Venatici or sporting dog 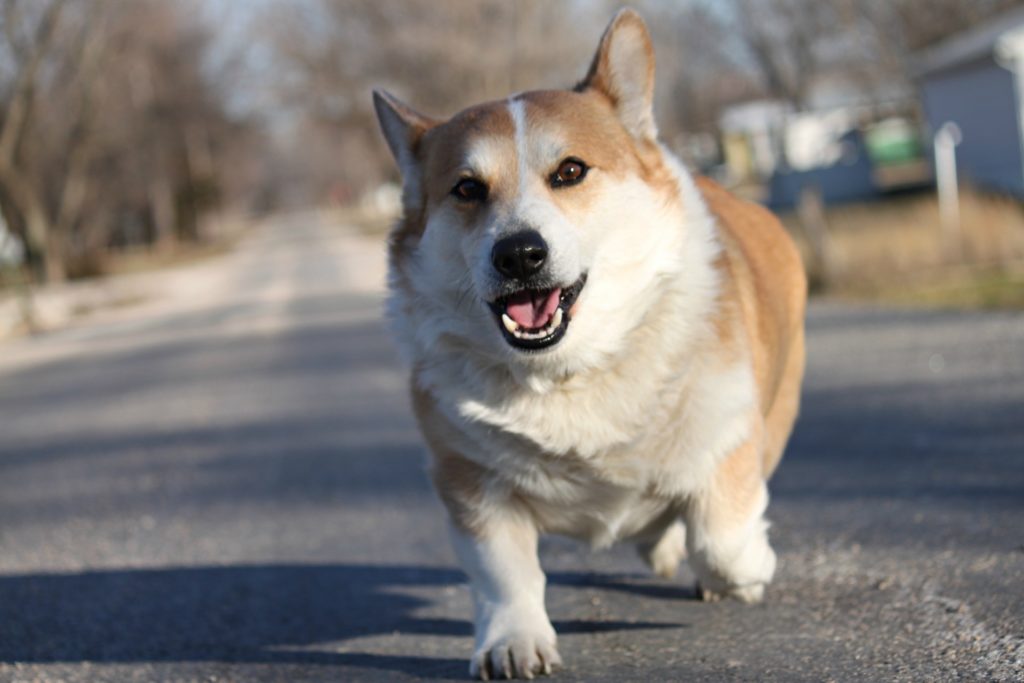 Originating in Pembrokeshire, Wales, the Pembroke Welsh Corgi is an enchanting dog whose background is steeped in folklore. According to Welsh legend, the Pembroke Welsh Corgi sprang from the lairs of fairies and elves! As the legend goes, one day two children were out in the fields tending to their family’s cattle when they found a couple of puppies. The children thought they were foxes, but recognizing something different about them, bundled them up and took them home. Their parents immediately saw that the pups were not foxes, but dogs, and told their children that the pups were a gift from the fairies that lived in the fields. The fairies used them to pull their carriages and sometimes ride into battle. As proof that Pembrokes were indeed the mounts of fairies, the parents pointed to the marks on their backs where the fairy saddle had been placed on their shoulders. The children were delighted and cherished their pups. As they grew, the dogs became treasured companions and learned to help the children take care of the family’s cattle. For those who don’t believe in fairy tales, there are historians who say that the Pembroke Welsh Corgi is descended from Vallhunds, Swedish cattle dogs that were brought to Wales by the Vikings in the 9th and 10th centuries. Others think they may have been descended from dogs that were brought to Wales by Flemish weavers in the 12th century. Either way, the breed has a rather misty historical pedigree. Farmers who kept working dogs in the past bred the best dogs for the jobs they wanted them to do. They didn’t keep good records about the matings. In the 1920s, the UK Kennel Club recognized Corgis as purebred dogs. They were officially known as Welsh Corgis when exhibited for the first time in 1925. At that time, Pembrokes and Cardigans were shown in the same class as one breed. Then, in 1934, the Kennel Club recognized the Pembroke and the Cardigan as two separate breeds. In that same year, the American Kennel Club followed suit. Pembrokes were first shown in the U.S. in 1936. Pembrokes have slowly gained in popularity in the U.S., and today, are among the top 50 most popular breeds for family pets. They’re also popular with Her Majesty, Queen Elizabeth II of England, who received her first Pembroke Welsh Corgi from her father (King George VI) in 1933. The puppy’s name was Rozavel Golden Eagle and was a playmate for Elizabeth and her sister, Margaret. Elizabeth has loved the little dogs ever since, and currently has a pack of them lounging around Buckingham Palace.

For all Corgi Products, and accessories view our shop. The shop is compiled of all the cute corgi things we found on Amazon.

For more history on the Corgi visit Wikipedia, they have a huge compilation of the history of the Pembroke Welsch Corgi History